The Theory of Everything Movie

Premiered at the 2014 Toronto International Film Festival on 7 September, The Theory of Everything is a biographical movie detailing the life of Stephen Hawking from his time at Cambridge University. Directed by James Marsh this romantic adaptation by Anthony McCarten of Jane Hawking, Travelling to Infinity: My Life with Stephen. The film follows Jane’s relationship with Hawking, his diagnosis motor neurone disease (MND), a central theme of the movie, his success in the study of physics and cosmology and the effects of this on their marriage.

The film received positive reviews, with praise for the musical score, cinematography, and the performances of Felicity Jones as Jane and Eddie Redmayne as Stephen, with Hawking providing his own voice synthesiser. For his role, Redmayne won a Bafta, Golden Globe and Academy Award for best actor, with nominations for Best Picture, Best Actress for Jones, Best Adapted Screenplay, and Best Original Score for Jóhann Jóhannsson, who also won a Golden Globe. At the British Academy Film Awards (BAFTA) the movie won Outstanding British Film and best adapted screenplay for Anthony McCarten. 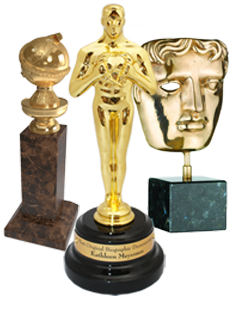 The movie follows the life of Hawking as a PhD candidate in Physics at the Cambridge University in 1963 and the start of his romance with medieval Spanish poetry student Jane Wilde, through to middle-age. While Stephen is clearly incredibly skilled at mathematics and physics, he is not an exceptional student, taking some time to decide to write his thesis on the theory that black holes may have been part of the creation of the universe.

At the age of 21, during research for his thesis, Stephen experiences the first signs of what is later told is MND, an incurable progressive disease that affects all his voluntary motor functions, which he is told will leave him unable to talk, swallow, breathe, or move most of his body, whilst leaving is brain unaffected, but “locked-in”. His life expectancy is given as two years. The diagnosis leaves Stephen living a reclusive lifestyle, focusing on his work in what would become a pursuit of that single equation that would explain the elusive "Theory of Everything". Loyal Jane confesses her love for him, telling Stephen's father she intends to stay with Stephen even as the MND progresses. They marry and have a son.

As his disease progresses, Hawking begins using a wheelchair. A daughter is born after which, Stephen’s theory about the visibility of black holes sees him become known the world over. This increased fame, together with a need to care for both her husband and her children leaves Jane unable to do this alone nor does she want solely to be known as Stephen's caregiver without a life or identity of her own or the chance to complete her own thesis.

Jane's mother advises her to join the church choir, There, she meets Jonathan, a widower, who becomes her son’s piano teacher and assists the entire family, aiding Stephen as he learns to live with his illness, supporting Jane and spending time having fun with their children. 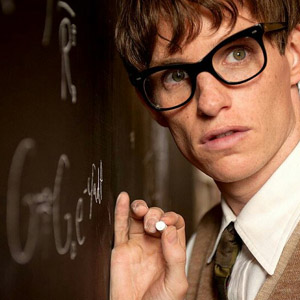 After the birth of their second son, Jane and Jonathan admit their feelings for each other, but Jonathan backs away when friends and families start to whisper. However, Stephen goes to see him, telling him to stay in contact because Jane needs him.

On a visit to France, Stephen contracts pneumonia and is desperately ill. The doctors ask Jane if she wants to turn off life-support and she refuses. A tracheotomy is performed, which means he can no longer speak. Communicating first with the use of a spelling board, and then with a voice synthesizer, Stephen works with one of his nurses, Elaine Mason, to write A Brief History of Time, a book that was to become a global bestseller.

When Stephen is invited to the US to accept an award, he tells Jane that he will be taking Elaine with him and the two are divorced. Jane then reunites with Jonathan. When Stephen is awarded the Order of the Companions of Honour, he invites Jane and his children to his meeting with Queen Elizabeth II, and the celebration is joyous for them all.

As the film ends, selected moments are shown going back, in stages, to when Stephen first saw Jane. The final title sequence updates on their lives, Stephen and Jane, remain close friends, whilst Jane and Jonathan are happily married, and she has completed her Ph.D. Stephen has declined a knighthood from the Queen and is continuing with his research and is not considering retirement.

The Director James Marsh studied archival images to give the film its authenticity, recreating scenes using photographs and documentary footage of Stephen that related to the story.

Redmayne also met with Hawking and watched extensive interview footage to copy his accent and speech patterns as well as dealing with the physical challenges of the role in which his body is slowly disintegrating as the MND progresses.

Felicity Jones also met several times with Jane Hawking and was able to incorporate her mannerisms and speech patterns into her own performance. 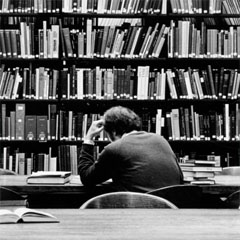 Some of the filmings was on location in Cambridge, including the Cambridge May Ball scene and lecture theatre scenes, with the rest around Cambridgeshire and the UK before heading to the studio for the remainder of the scenes.

The Theory of Everything was marketed as being based on Jane Hawking's memoir of her marriage. However, the screenwriters rearranged some of the facts for dramatic effect, and some considered it to be borderline dishonest, being unfair to the couple, but particularly to Jane Hawking. Read our movie review.

Redmayne’s characterisation of Hawkings is seen as softer than suggested in the memoir, which gives an account of Stephen’s obstinacy and refusal to accept help as his MND progressed. In the movie, Stephen’s closest friend at Cambridge, Brian, is a composite of several real-life friends, rather than a real individual. Also, how the couple met is inaccurate, and the fact that Jane knew about Stephen's disease before they started going out together is changed.

The movie presents the demise of their relationship as calm, civil and respectful. In fact, Jane's book describes a protracted break-up and arguments. The book also describes Jane’s devastation at receiving a letter from Hawking announcing that he was leaving her for his second wife, Elaine Mason. It was only when that marriage ended a decade later that Jane and Stephen became friends again. 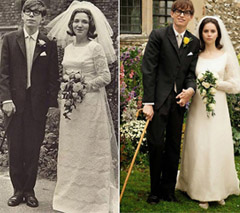 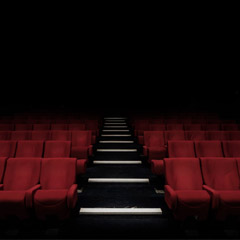 Universal Pictures International acquired the rights to distribute the film internationally in October 2013. Entertainment One Films picked up the Canadian distribution rights. The first trailer was released on 7 August 2014 and had a limited release in the US on 7 November 2014, before opening in Taiwan, Austria, and Germany, ahead of the UK release on 1 January 2015 and then released across Europe.

On 26 November, the film was widely released in the US, across 802 theatres reaching the seventh place at the Box Office.

The movie was well received by the public, with a portrayal of Stephen Hawking’s commitment to physics is clear, though his scientific ideas are not explored in the film so that the reason for his fame is not particularly obvious.